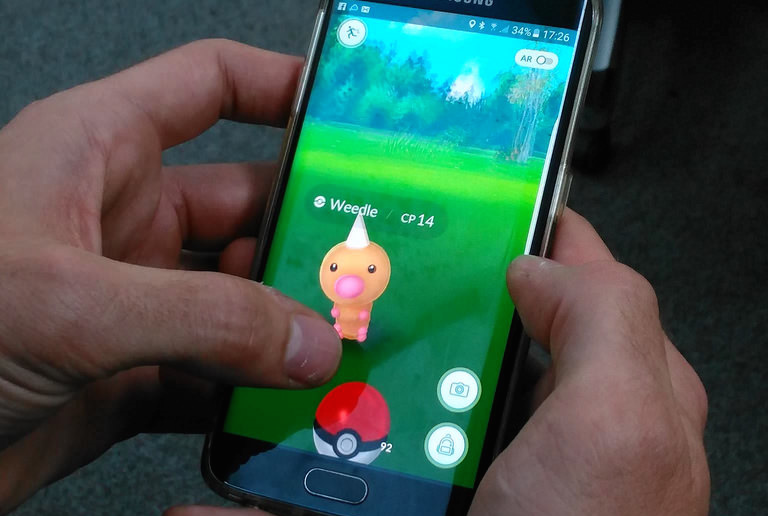 Nintendo released a smartphone app that has become the next big thing.

It is an augmented reality game called Pokemon Go. To play this game, players must physically move around the real world in order to capture imaginary creatures called Pokemon. Though the game was only recently released, it has overtaken Twitter in the number of daily active users. To say this thing has been a runaway hit would be an
understatement. Analysts report that in the first 48 hours, Go was installed on 5.6 percent of all Android devices in the USA. On average, users are more time on Pokemon Go than they are on apps like Snapchat. They're clearly having fun, but American players sometimes get confused by distances in the game because they are listed in kilometers, which Americans don't use!

Pokemon Go has climbed to the top of the App Store and Google Play Store. It is also having an unprecedented social impact. People of all ages play this game, including people in their thirties and forties. Pokemon's not my interest, but when I go downtown I see people having fun playing the game as they walk around. In order to progress in the game and mature the monsters in your care, you must "travel the land" (read: walk long distances) to Pokestops (where you can gather supplies), Gyms (where you can battle monsters), etc. Based on what the staff of Cinemassacre (a youtube channel dedicated to games) have said, players in cities have an advantage over people living in the boonies because high-population areas tend to have wider varieties of pokemon, higher level gyms, more pokestops, etc. You can listen to their report on Pokemon Go hunting in Philadelphia here but be aware that the show's English is native-level in terms of speed and slang, and they sometimes use colorful language.

The youtube clip is somewhat long, and by the nine minute mark you'd have gotten most of the important content from the video clip.

One can clearly conclude that there's been a very positive response and a lot of people are having fun with the game. With all of that aside, there are some things to watch out for. Hackers have made illegal copies of the app which can infect smart phones. There are also other criminals who use the game to ambush unsuspecting players or rob their houses while the players aren't home. The game's popularity has created unintended consequences in everyday life, such as annoyed property owners dealing with hordes of uninvited monster hunters. The website PCmag.com advised: "Don't go walking around
neighborhoods late at night for your Pokemon fix….If you can collect Pokemon…in public, crowded areas, we recommend doing that instead of shady spots at two a.m." New York's subway authority is warning people not to jump onto the tracks to chase digital "Rattatas." The small town of Duvall, Washington released a post that went viral (

Duvall Police Department - タイムライン | Facebook) asking people not to lurk around the police station in the dark at night while playing the game as doing so creates an unsafe environment for players and their police officers.

Finally, I'd like to state that I think that playing videogames is fun when it's appropriate. It's not appropriate to play a videogame while driving, as the Baltimore police department pointed out after a distracted driver playing Pokemon Go crashed into one of their parked patrol cars.

Even if you're on foot, it might not always be appropriate to play a bright, happy videogame around other people. Think about your surroundings and what other people are doing. As an example for when it is not good to play an upbeat videogame, the U.S. Holocaust Memorial Museum in Washington, D.C., called playing the game inside its walls "extremely inappropriate" and is trying to remove itself from the game.

Lastly, I must stress how important it is to respect other people's property and not trespass while playing this game, especially at night. Here in Florida, people playing Pokemon Go at night were met with gunfire from a homeowner who thought the Pokemon players trespassing on his property at 1:30 AM had come there to rob him:

If you want to play the game, have fun with it, but remain aware of your surroundings. Stay safe. 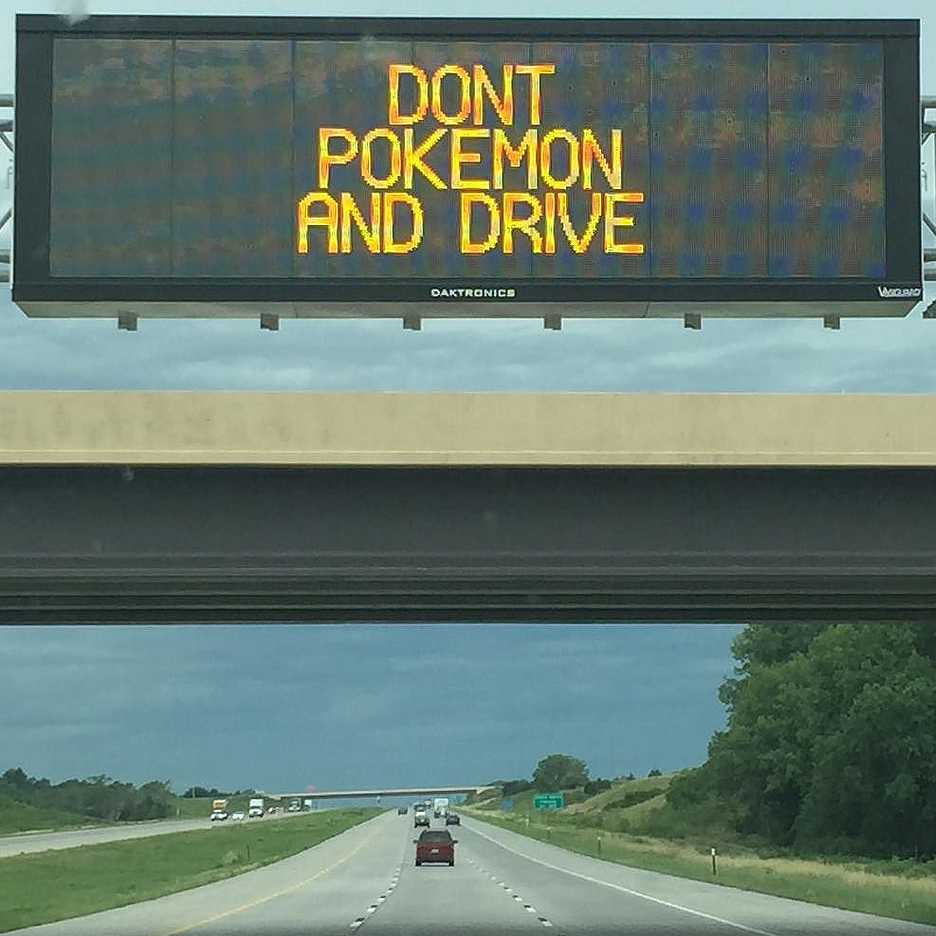